Hi, as this was my first time growing kumbucha, I was pleased with the outcome.

So far I have done tests on heat treatment of kombucha. Both fresh moist sheets and fully dried sheets. I found it interesting to see the differences between these when they are in the same environment. Until now I have only been able to do tests in boiling water, in the oven and in the freezer due to a lack of kombucha (due to a failed growth … where mold has come on). 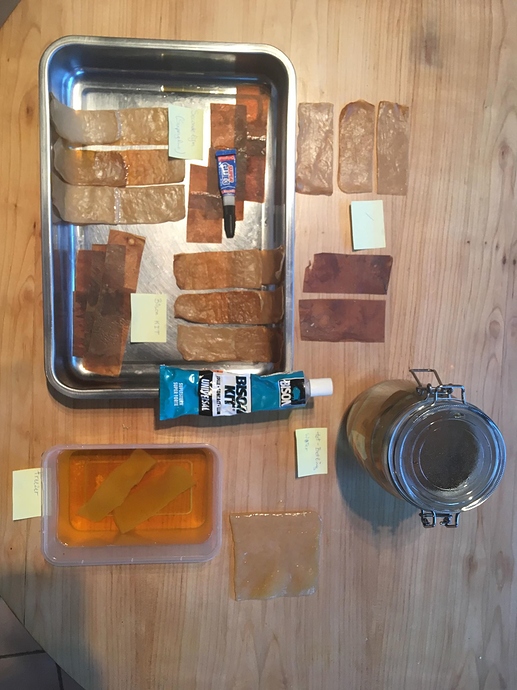 I started submerging a dried and relatively moist sheet in boiling water for 5 minutes. These were washed and it was immediately noticeable that both sheets began to ‘dissolve’ their outer layer as it were. Many air bubbles formed on the surface of each sheet and the water became very cloudy. These particles eventually dropped to the bottom. After 10 minutes and 2x a replacement of the boiling water, the old sheet began to lose its brown color and became purple. This happened both with the fresh skin. This first turned white, but afterwards it also got a purple appearance that disappeared after a while (+ - 30 minutes). 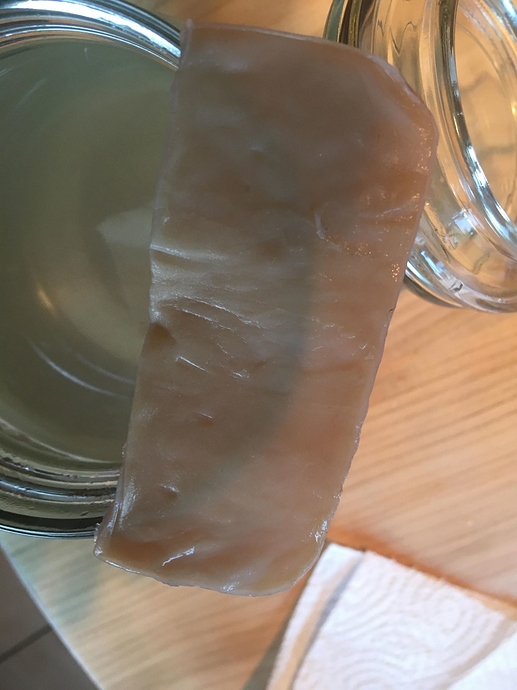 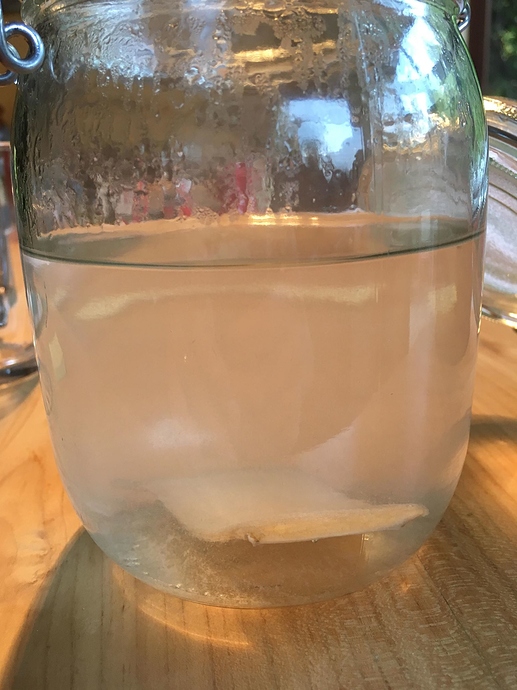 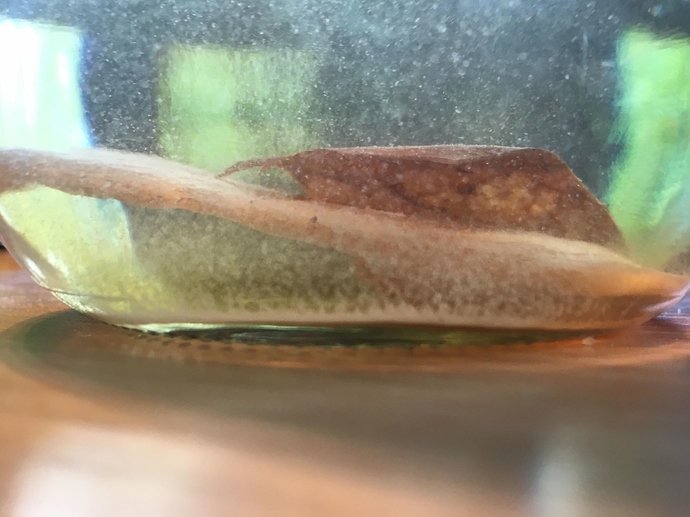 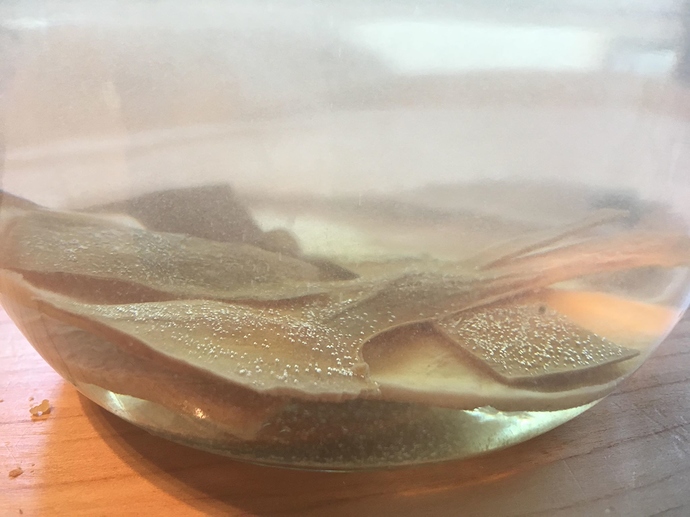 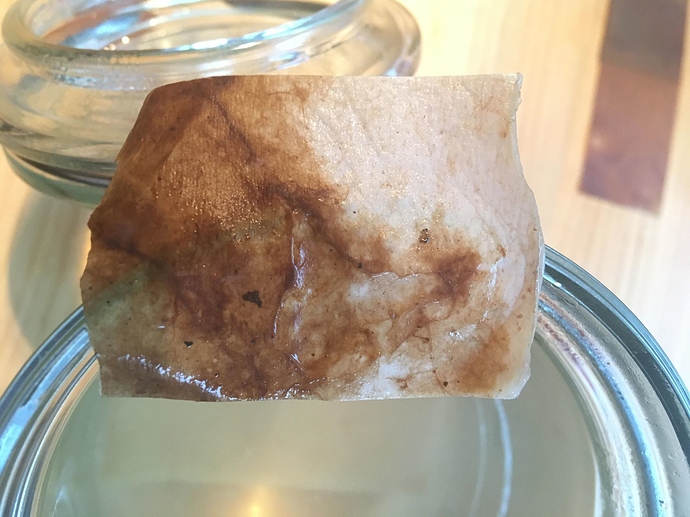 After putting the sheets in the oven (200 °) for 5 seconds I already got a remarkable reaction. The moist sheets began to shrink while the dried sheets started to swell. After 15 seconds it was completely burned and swollen. There was little to no difference between the 2 compounds on a synthetic adhesive basis. 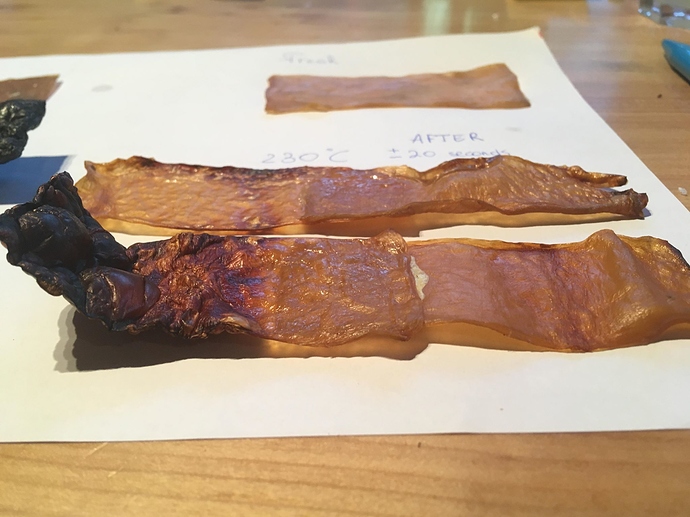 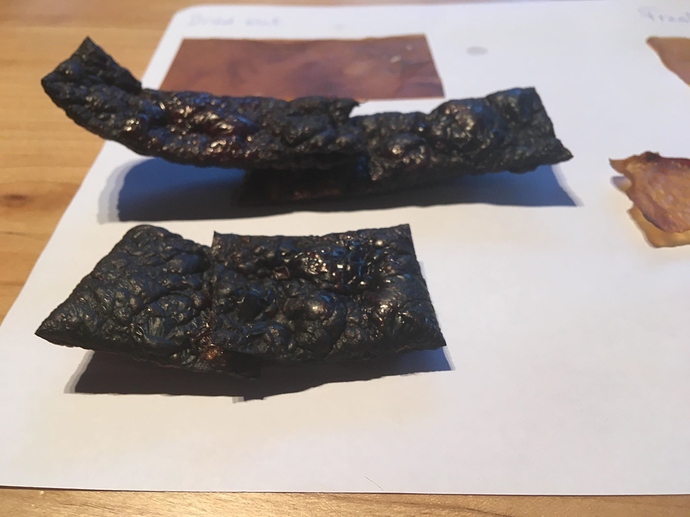 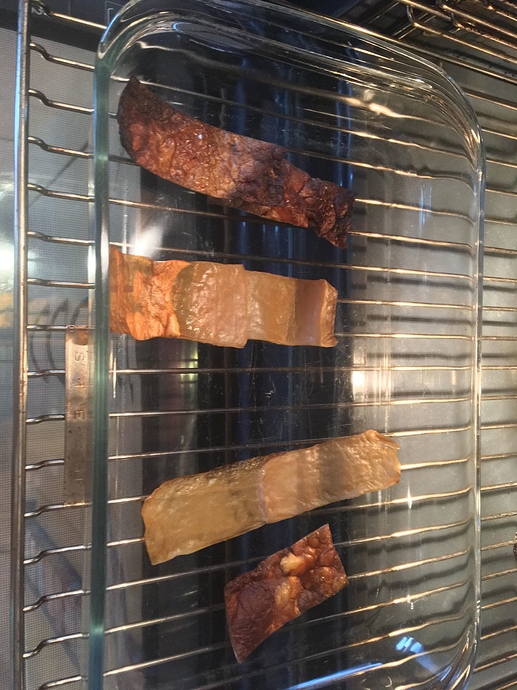 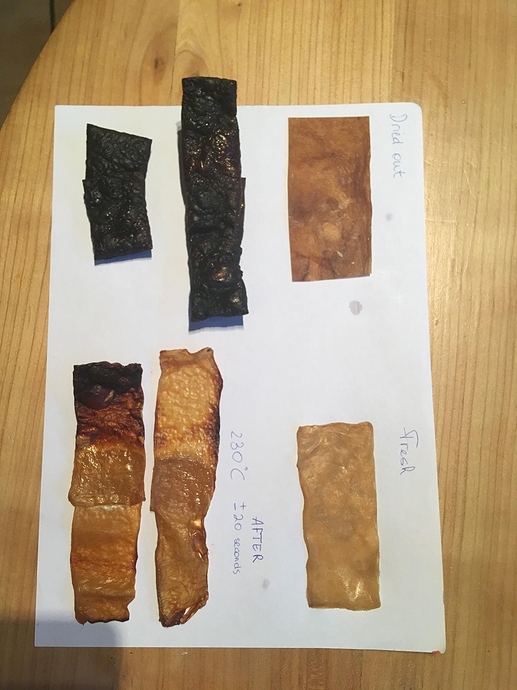 I am curious to subdivide the results of the leather to freezing temperatures. Whether this can change the structure and thus make a connection between the 2. I also want to test other heat treatments (heat blower, deep-frying, etc.) on other connections. Ironing sheets together, sewing, hot glue, … but due to simultaneous projects, exams and disappointment in my previous growth, things sometimes get a bit difficult …
I am certainly posting my progress and I am looking forward to some input from some people about what I could possibly test.
Thijs

Hi Thijs, nice project! I’ve been working on similar things this year for my thesis. Among other things, I’ve been looking into connections too (personally I tried to avoid synthetic things as glues) and have discovered some nice things! I have a post about it here with my preliminary results: BC - creating seams between cellulose sheets The most interesting is that actually you can just let two pieces dry on eachother and they completely unify. In a second phase I redid those tests and exerted tensile strength tests on them to compare different connections. You will be able to read the outcome soon

Nice job, the swelling and shrinking makes sense as the wet ones would dry up, while the dry ones, would burn and release CO2 or it cuold be little moisture pockets inside.

Is the black SCOBY more brittle?? and have you tested the wetting after?