Between the first tests and these was quit a bit of time because i wanted a good alternative for the pepton in the original experiments by @Elise. I looked on the internet for alternatives and stumbled upon albumin.

I called and visited a few labs in my area but they didn’t want to sell it to me. So I bought some Fitness powder because it said on the box that it had 75% protein in it.
When a few days later my mom called and had a contact from a pharmacist who could get it for me so I didn’t bother trying with the fitness powder anymore.

Instead I made a few batches at once.
Every batch was put in two different containers for a larger number of sheets for later experimentation.
For every batch I used the same liquid medium:

I added some chunks of mycelium substrate in the luiquid and left it to grow. 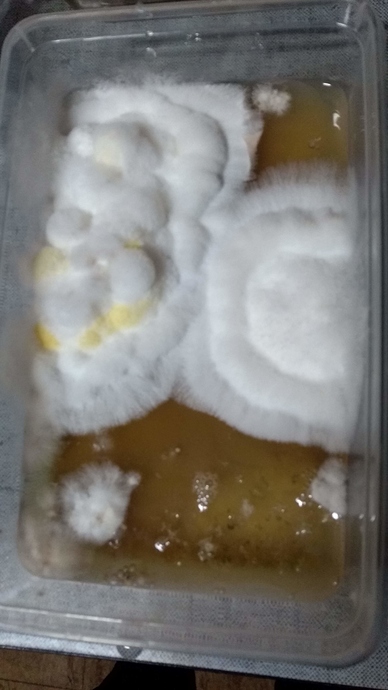 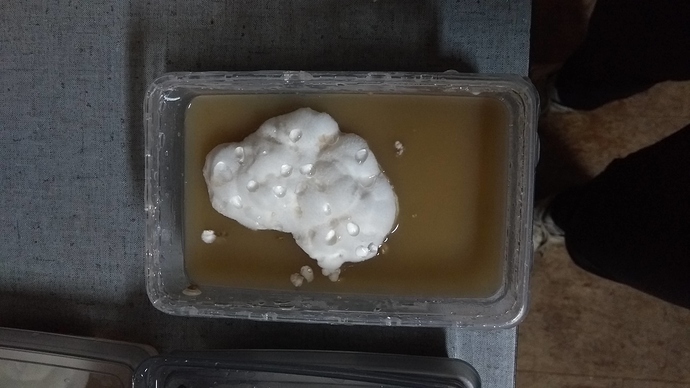 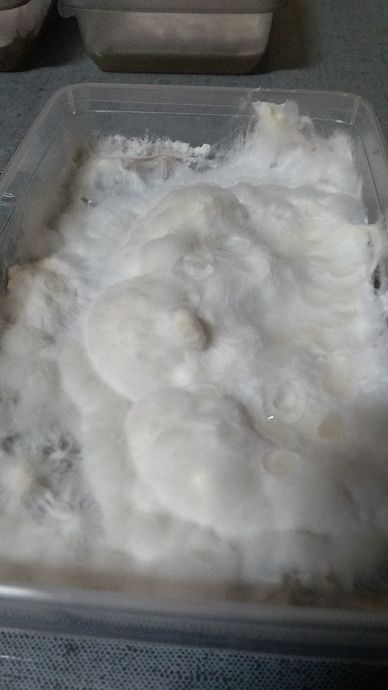 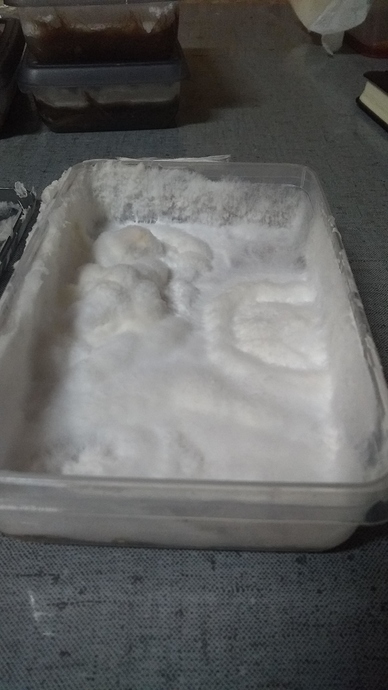 Batch 2: I used the same medium but added a jute fabric. In one container I added 2 sheets and in the other 4. 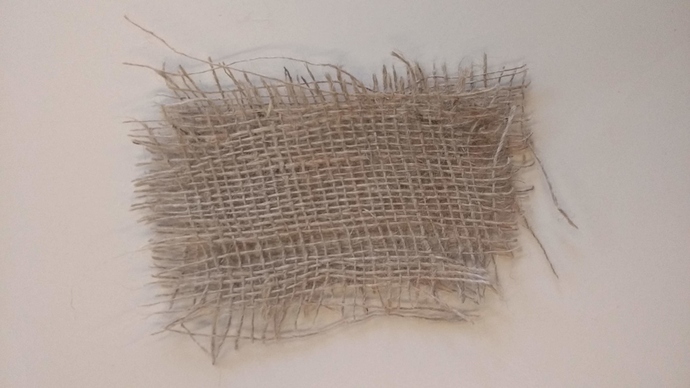 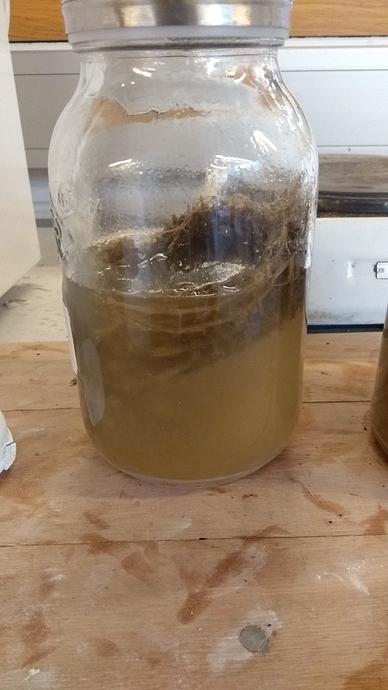 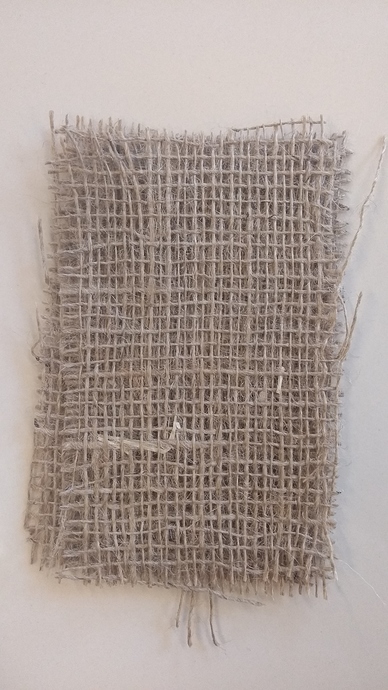 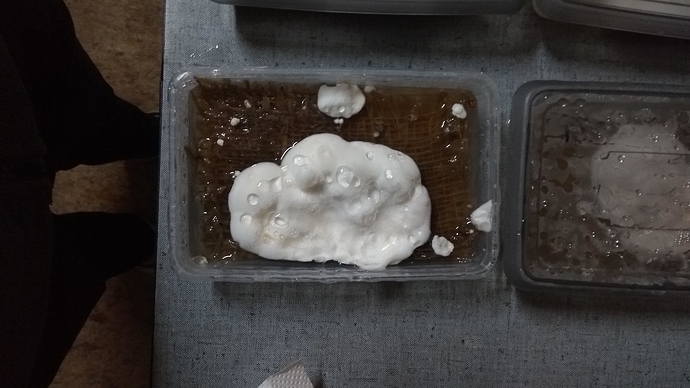 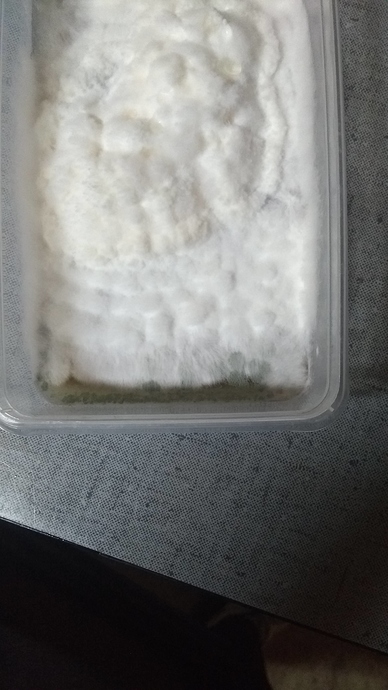 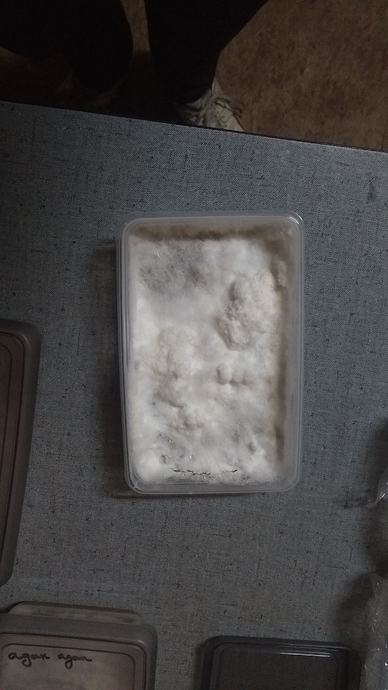 Batch 3: Here I added a jute fabric that had loose fibers instead of woven threads. 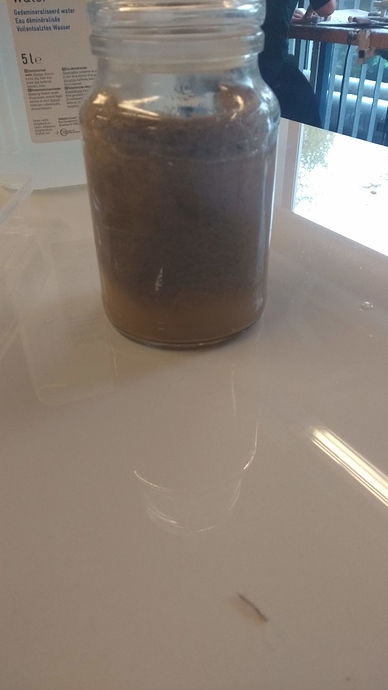 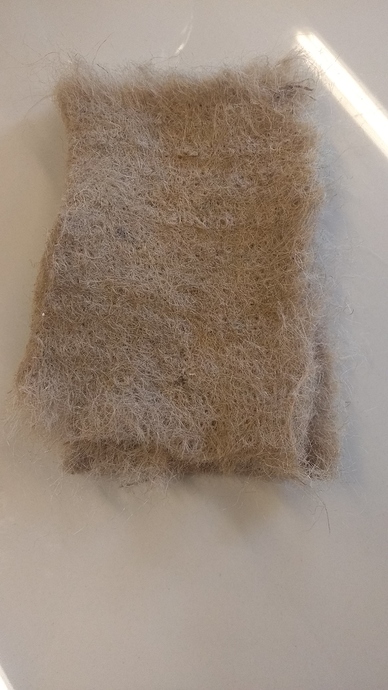 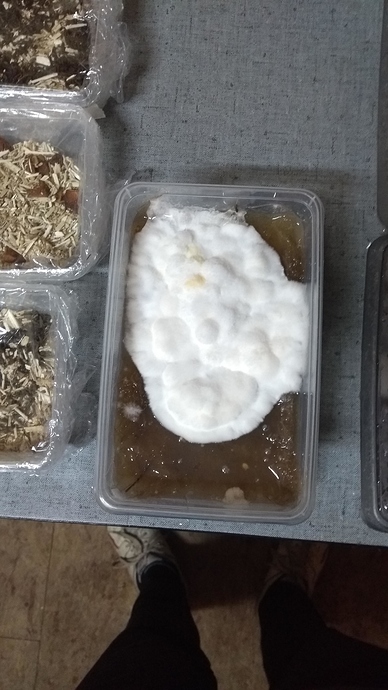 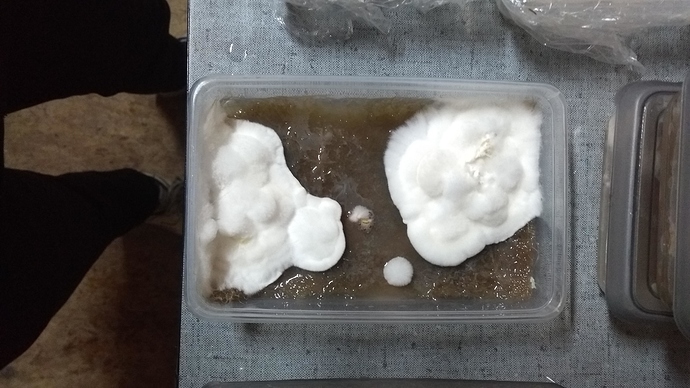 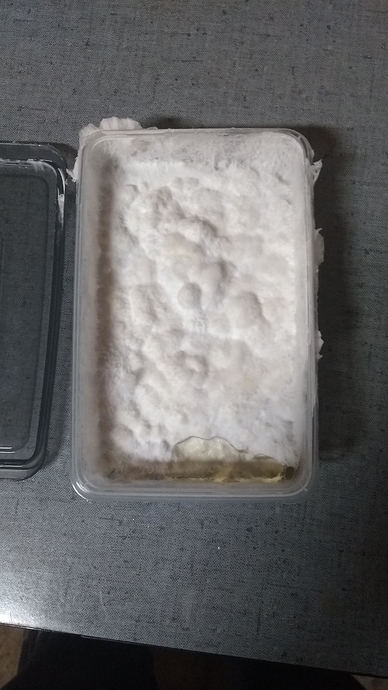 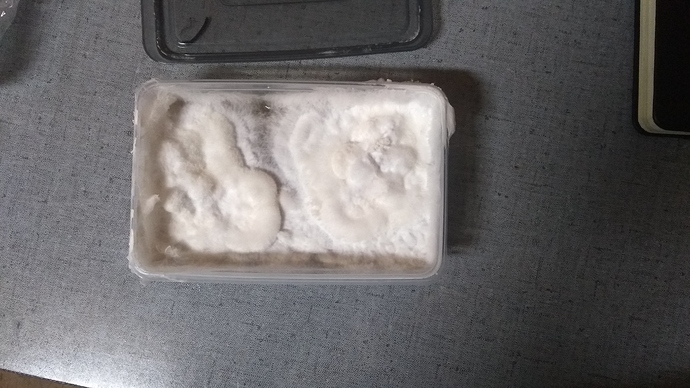 and the second week.

So these results look promising and its clear the protein and pressure cooker had helped a lot.
The next task is drying them en plasticizing them. I am curious if the mycelium has grown down to bond with the jute but so far it doesn’t look like it has. I’m thinking of cutting them all in half and drying one half of the sheets and letting the others grow for an extra week but this time not in the liquid anymore.

mycelium should love jute. In my experiments it always grew well on it. I guess the challenge is to have it grow equally on there when submerged or floating on the liquid. You could try a system to suspend/hang the jute at the top of the liquid.